Golf is one of the most prestigious and reputable sports in the world. Yet, golf doesn’t come cheap and it remains also one of the most expensive sports to partake in. it is embodied by etiquette and patience, and unlike football or rugby, has an elitist association with it, thus narrowing its membership participation.

Ustats.org wanted to investigate the price of golf club memberships in the UK, and how long it would take local residents in towns and cities to work their day job to afford a membership at one of their local golf clubs.

The research was conducted by selecting 18 of the most popular towns and cities with notable golf courses outside of London. The following were selected:

The team of researchers at uStats then contacted the local golf clubs in the areas mentioned above to find out what the average cost of golf was. Five golf courses were selected per area to ensure it was a fair sample to work with, as well as the course needing to have at least an 18-hole course. Not to mention, the five golf courses selected had to be within proximity to the town and city, to make it fair for residents to purchase membership.

The cost of a full membership was identified for all five golf clubs, per area selected and then added together and divided by five to provide an average. Some golf clubs had separate membership costs for men and women, so uStats took this into consideration and added the cost for both genders and divided it again to give an average.

uStats, then consulted the Office of National Statistics to find out what the mean weekly wage for full-time work for local residents in the 18 towns and cities selected was. Research identified that Edinburgh had the highest wage at £696.30, compared to Leicester who had the lowest at £521.50.

We then took the mean full-time wage and divided it by 40 hours to show their income per hour. Subsequently, the average cost of membership for golf clubs in every location was configured to reveal the exact number of hours and minutes a full-time worker would need to work to afford a single membership in one of their local clubs. 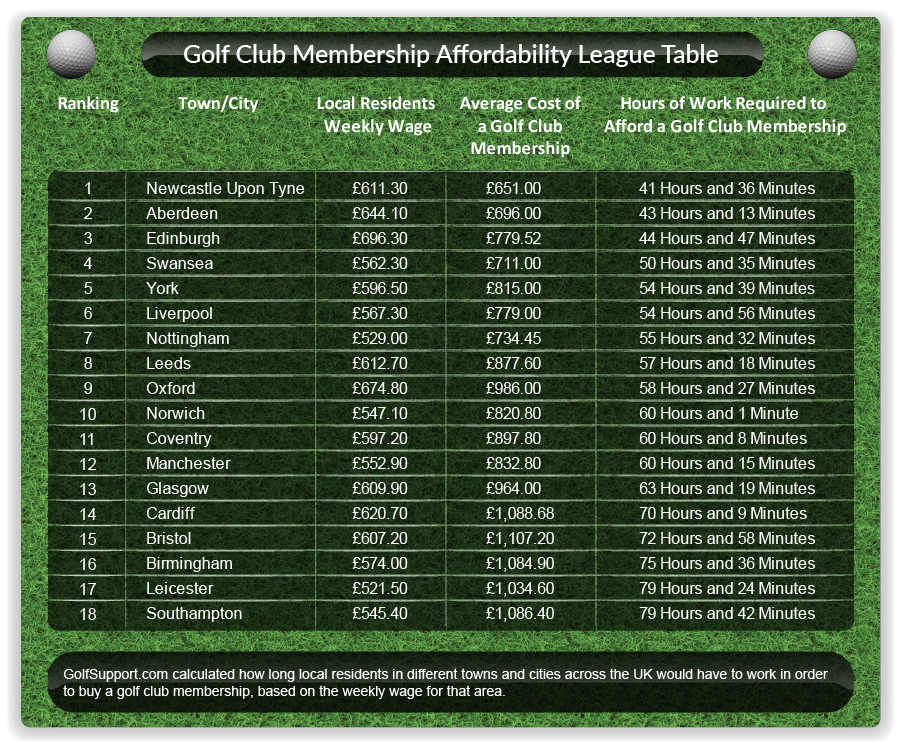 Southampton was the least affordable area for residents to take up golf, having to work an astonishing 79 hours and 42 minutes – the equivalent of 10 working days. Leicester followed not too far behind, with the lowest mean full-time weekly wage, but would need to work 79 hours and 24 minutes to afford any form of golf membership.

Overall, uStats found that in 50% of the reviewed towns and cities researched, local residents would have to work a crazy 60 hours to afford membership to play the elite sport.

In addition to researching the price of a golf course relative to a residents’ earnings, we sought to ask residents what they thought about the price of golf and if their local course offered good value for money. Out of 560 responses, we found the following: 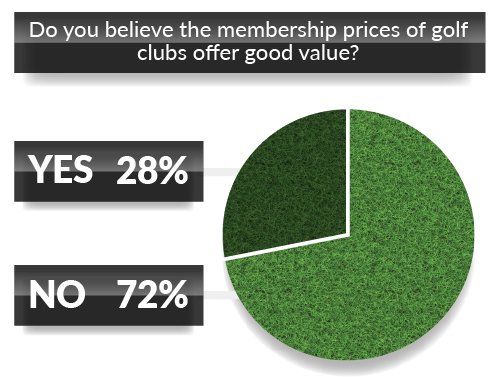